There aren’t many countries where an 80m ridge merits a stop on the tourist trail. But this is Finland, a country so devoid of high peaks that Norway considered bequeathing its flatter neighbour an entire mountain to mark a centenary of Finnish independence in December.

And the modest height does yield a worthy view. Pyhä and Näsi, the two enormous lakes that bracket Tampere, stretch out below, ringed by the requisite Nordic forests. Floating saunas dot Pyhä’s shores; boats criss-cross to an island popular for lunch on a fine summer’s day, which this very much is not. The countdown to midsummer is on for my visit, back in June, and the weather in Finland’s third-largest city is not playing ball. It is drizzling, grey and windy. Kaarina Paakkanen, our guide, looks dressed for winter.

Smoke curls from a factory chimney in the distance marking Nokia, of erstwhile mobile phone glory fame; the coming of the smartphone did not treat the region well. Neither did de-industrialisation: Tampere, the largest inland city in any of the Nordic countries - usually dismissed as a gateway to the Finnish Lake District rather than a destination in itself - thrived only as long as factory owners could afford to produce goods there. 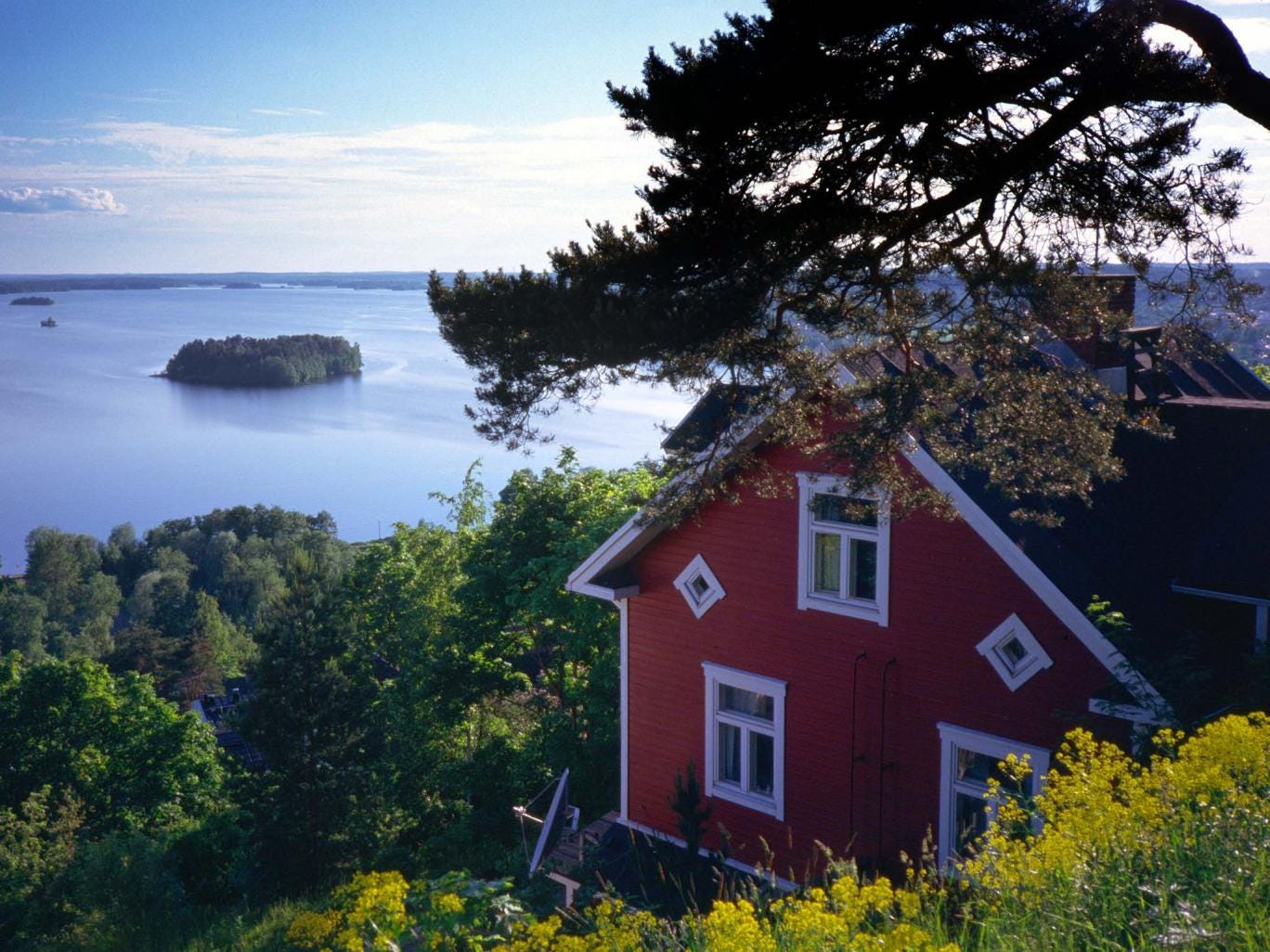 The colourful wooden houses on our ridge, in an area called Pispala, were once crammed with factory workers but they now belong to some of Tampere’s richest residents. Summer hiking trails through the nearby forest become winter ski tracks, although everyone is inside today.

Shivering, we jump back in our taxi for the short hop to a yet higher vantage point, this time at the top of the nearby Pyynikki observation tower, which is also home to a nameless cafe serving what are said to be the best doughnuts in Finland, going strong since the 1980s. We spiral up the 134 steps with doughnuts on our minds. Forget Krispy Kreme’s myriad flavours; apart from a nod to dietary fads (there are vegan and gluten-free versions), the only choice is big or small. But they’re worth the climb.

These days, Tampere is sloughing off its industrial heritage in favour of a future devoted to quirky boutiques, cute cafes, burgeoning music festivals and niche museums. The town has many of these, from the world’s only Moomin museum to what’s supposedly Europe’s smallest, the Velaatta Milk Platform museum, which measures just 2 square metres, in the space where villagers used to drop off milk cans to be collected by a lorry en route for the dairy.

There’s also the Lenin Museum – housed in the Worker’s Hall of Tampere, where Vladimir Lenin and Josef Stalin met for the first time in 1905. Twelve years later, the Tsar was gone and Finland, which had been part of the Russian Empire, became an independent country. 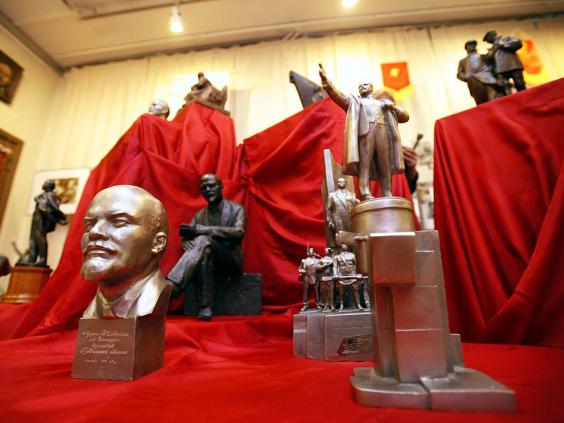 For 70 years, Tampere’s Lenin Museum was a shrine to the old Soviet days, but a revamp last year cast aside the sycophancy in favour of a more critical look at Lenin’s legacy and Finland’s complicated history with Russia. Among the new objects is a large tabletop model of a Soviet prison camp where millions were imprisoned under Stalin’s rule. Also, a life-size wax figure of Stalin. The dictator stands next to a Soviet motorbike; Lenin sits in the side car. Somehow I resist a selfie.

Industrialisation’s loss has been tourism’s gain. The old Finlayson textile factory, which closed in 1995, is now home to several new cafes and restaurants, including Nostalgia, a lovely lunch spot for pastas and salads near the Tammerkoski river where the cotton mills once turned. For Finnish design fans, there is still a Finlayson factory outlet selling sheets and towels, which are still designed locally but now made in Estonia.

It’s raining so hard, now, that we give up on a walk and jump back in our taxi to visit Tampere Cathedral for a peek at controversy, Finnish style. The building, finished in 1902, is dark – unlike most of the country’s simple, white Lutheran churches. We gaze up at the ceiling where, at the highest point, a serpent sinks his fangs into an apple. Critics at the time loathed the symbolism: snakes represent sin and corruption and this was a church! But the painting, created by the symbolist painter Hugo Simberg, is still there, as are his macabre frescoes of skeletons tending to dying plants in “The Garden of Death”, which line the walls near the altar.

A short drive away, Kaleva church is unlike any I have ever seen. Designed in the 1960s by Reima Pietilä, the building has no straight corners, its edges undulating like a birch leaf. Moomin fans will know Pietilä’s sister, Tuulikki, who was Tove Jansson’s partner and starred in the Moomin series as the character Too-ticky. Tampere has Reima Pietilä to thank for Tove Jansson’s donation of her entire Moomin archive to Tampere Art Museum because it was through him that Tove and Tuulikki came to know and love the city. Well, that and the fact that the main public art gallery in Helsinki had turned down Jansson’s earlier offer.

Either way, Tampere deserves to be on the travel map, and not just for the Moomins.

tampere finland moomins city-break
Today news
1
There’s Now a Space Mountain Named for Octavia Butler
2
The most luxurious experiences in Monaco
3
Abandoned, ruined and uninhabited: This is the village of Craco, an Italian hillside ghost town
4
All you need is love... and a Beatles Tour in England
5
Angkor Wat: History of Ancient Temple
En esta sección
Comments
Walthamstow Wetlands: one of the largest urban wetlands in Europe
36 amazing hours in Prague