Your Island Home Is the Ultimate Getaway Paradise

07/03/18
Your Island Home Is the Ultimate Getaway Paradise

Unspoiled beaches, quiet and privacy aren’t just the stuff of dreams. With enough
money or initiative, buyers can get all three on their own private island.

A slice of paradise isn’t easy to get, however. Inventory is limited, and islands take years to develop or have price tags that are easily eight figures.

But when it comes to luxury holdings, a private island is the most exclusive of them all.

Melita and Rory Hunter didn’t have buying an island on their agenda. In fact, they thought they were just sitting down to dinner with a local Cambodian family.

But during that meal in 2005, the family living on Koh Ouen asked if the Hunters, an Australian couple, might like to buy their island for $15,000. The next week, they returned with the cash in a brown paper bag.

“It was from there that the hard work really began,” Ms. Hunter said. The couple planned to build an eco resort on the island, what is now the Song Saa. The area had been depleted due to overfishing, so an expensive cleanup was ahead of them, plus “working through the looming issue of ‘ownership’ of the island,” she said. “We took two-and-half years of working with the Cambodian government as they went about rewriting the land law.”

Many islands in Asia aren’t “freehold” islands with no restrictions, but rather “leasehold,” meaning a buyer is actually leasing the island from the government. The Hunters were granted a 99-year lease for the island of Koh Ouen, plus an adjacent twin island.

“The construction commenced in May 2010, with an 18-month build time,” she said. The resort opened to paying guests in March 2013. The couple also launched the Song Saa Foundation that year, dedicated to protecting the land and water of Koh Rong Archipelago where the island is located, as well as the native communities.

Ms. Hunter admits there was a lot of “trial and error” involved in creating the island paradise they imagined. An entire infrastructure had to be created to power and provide clean water to the area, plus the building process itself. Now, guests pay $890 a night to stay at the Song Saa, with the average stay between four and seven nights.

Turning your island into a revenue stream

These days, “most people are looking to monetize an island,” said Chris Krolow, the CEO of Toronto-based Private Islands Inc.

Even billionaire Richard Branson’s Necker Island in the Virgin Islands is bookable (the Obamas, who stayed there this spring, are among its notable guests)). And Leonardo DiCaprio is planning his own eco resort on Belize’s Blackadore Caye—purchased about 10 years ago for a reported $1.75 million—that is scheduled to open next year.

Mr. Krolow, who’s also the host of HGTV’s “Island Hunters,” knows about the process first hand. He is currently developing Gladden Private Island in Belize, which is scheduled to open in September. With only one villa on the island, “it will literally be the most private island in the world,” he said. Mr. Krolow plans to rent the island for less than $3,000, which includes everything from the 30-minute helicopter ride to and from Belize City to catered meals and top-of-the-line wines.

Working with locals is crucial to developing an island. “Make sure the architect and builder know the area,” Mr. Krolow said. They should have experience in everything from what kind of hardware works in salt water to where to put the dock to how to source and transport materials, he advised.

There are actually two islands at Gladden, and Mr. Krolow has set up all the solar panels and the desalination system, as well as kitchens and staff quarters on the adjacent island to create privacy for guests. Everything has been flown in by helicopter.

Turning an island into paradise can be expensive

Developing any island often starts with dredging the area and filling in parts that may be uneven or too wet, which can attract a lot of bugs. This can cost about $200,000, Mr. Krolow said. Solar panels to power a two-bedroom home cost between $70,000 and $80,000, he said, and the desalination system about $20,000. Of course, the bigger the house, the more power and water it will need, so prices can be much higher.

The actual construction price varies, he said, citing anywhere from $150 to $300 a square foot. But there’s good reason not to skimp: weather can be extreme. Hurricanes can not only wreak havoc on the perfect getaway, but cheap construction can also make hurricane insurance skyrocket. “We’re not talking a few hundred dollars; it’s very pricey. It’s thousands of dollars a month,” Mr. Krolow said.

The dock can also be costly, but needs to be done right. “You can easily spend $2 million on things you don’t see,” Mr. Krolow said. That includes the dredging, but also underwater pilings and making sure the dock is secure.

There are hundreds of thousands of islands around the world, and, because of advances in technology and significant decreases in cost, more and more are able to support people living on them. However, islands for sale in Central America and the Caribbean tend to be mostly undeveloped, according to Mr. Krolow, whereas in the U.S. and Canada, they have often already been built upon (sometimes the buildings need to be redeveloped, but the permits are grandfathered in). Fully developed, turnkey islands can go for up to $95 million.

He sees a bigger market for undeveloped islands, which may or may not have the correct permits. The permitting process can be long, taking years to get permission to build. It could take as long as three years to get an island ready for the perfect vacation.

“We see some islands come back on the market,” he said, noting that the buyers just weren’t ready for how long it would take to make it livable. “It’s not like buying a cottage. It’s a project.”

Mr. Krolow also works to broker deals between people who might split an island, bringing buyers and sellers together. He recently connected the owner of a $7 million property in the Bahamas with someone who is looking to go in at the $2 million level. The current owner doesn’t want to give up the island, but he isn’t there as much as he’d like and the upkeep is expensive. And since it’s empty much of the time, a second resident could make sense.

Tough finding an island on the open market

One hurdle would-be buyers face is not knowing what’s really on the market. “Twenty percent of our clients don’t want to advertise.” And with an inventory that’s already small, buyers may be missing out on great properties if they don’t work with someone who knows the business.

Private Islands Inc. sells mostly undeveloped islands, but Farhad Vladi of Vladi Private Islands said 80% of the islands he sells are ready for use. These range from about $125,000 to $45 million and more.

“I tell them, ‘just bring your toothbrush,’” he said. The other 20%, he added, are undeveloped islands purchased by governments and nature conservation groups for preservation purposes. “When they know an island has to be developed, 1,000 questions come up.”

When looking for an island, Mr. Vladi insists upon only buying freehold islands—which belong 100% to the owner—so buyers can make all their own decisions. It’s also important to make sure the island is accessible, generally by boat or helicopter, especially if a violent storm should come up. He also said buyers should get to know the natural and social environments of the island and the country it is in.

To that end, he always suggests renting first. “When you buy, you are buying into the natural environment and the social environment. You want to make sure you love them.”

But Mr. Vladi finds that once his clients take the plunge, they never want to leave and wish they’d made the investment earlier. He also owns an island, in New Zealand, and spends one month a year there.

“When the boatman comes to pick me up, I ask myself, ‘Why am I leaving?’” he said. But, duty calls, so he returns home to Germany to help others attain the island lifestyle.

If you’re thinking about an buying an island, here are seven properties currently on the market. 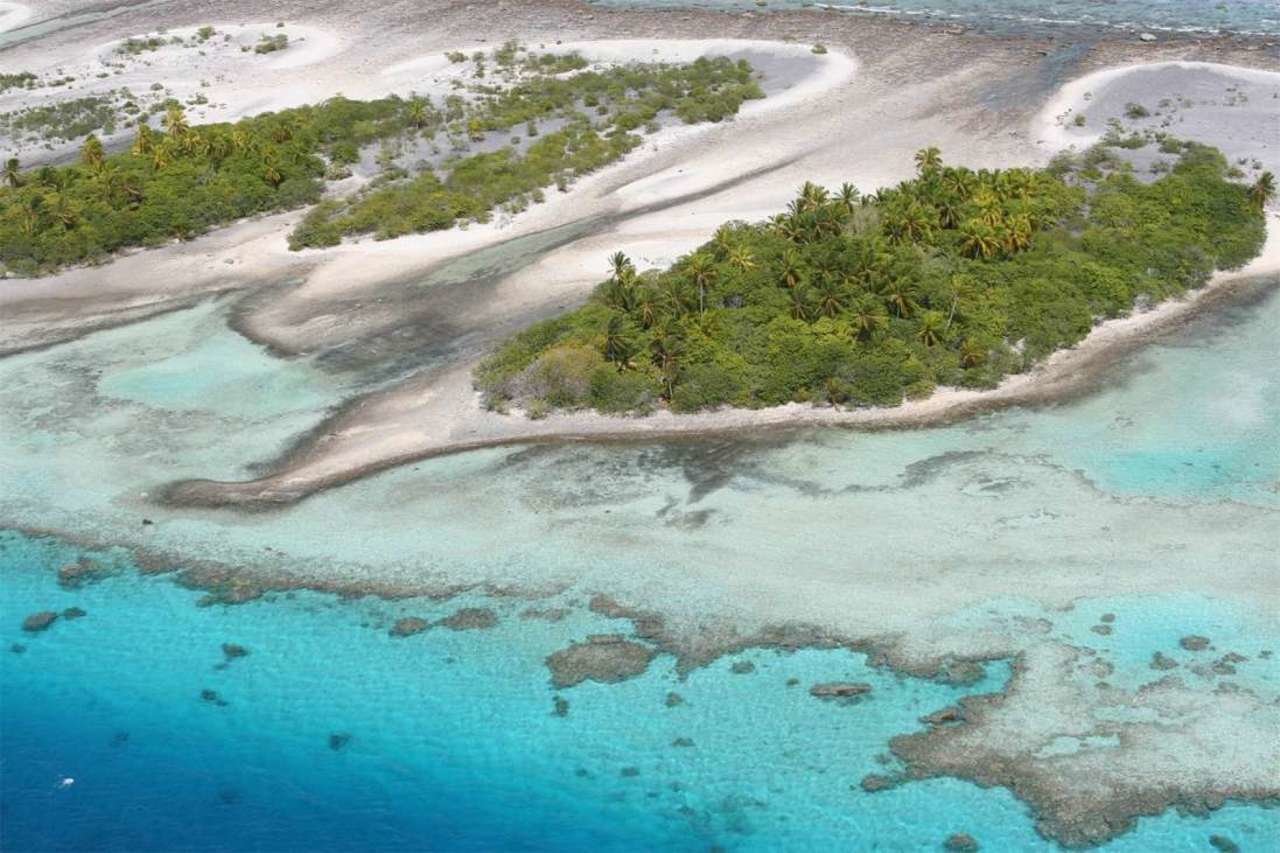 This ring-shaped island is a dream for most, with more than 2,200 acres of space. White- and pink-sand beaches surround the internal lagoon, which is teeming with life in its blue-green waters. The island has a landing strip, and is serviced by a cargo ship that makes monthly rounds. The lagoon also serves as a breeding ground for beautiful Tahitian Black Pearls. 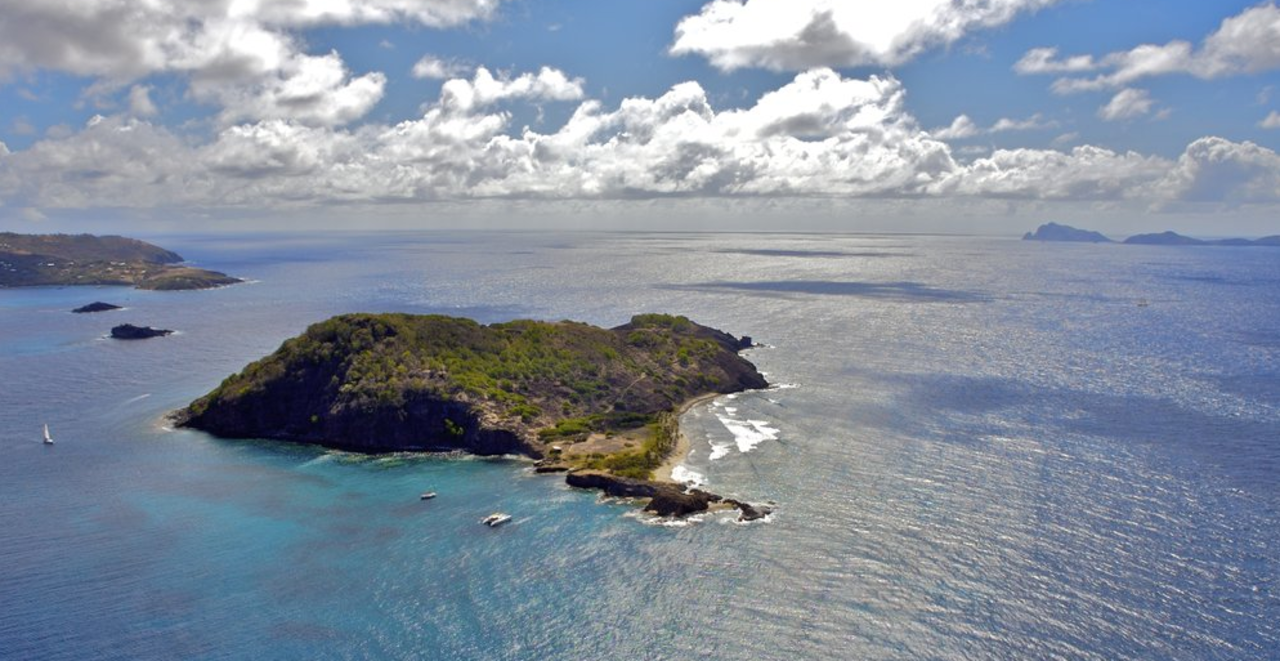 This undeveloped island in the Caribbean has beautiful beaches and yacht anchorage and is a short boat ride from Bequia’s interisland airport. The island has a long maritime history, and was once used as a whaling station. Government incentives make it prime for development, either for a private home or a resort. 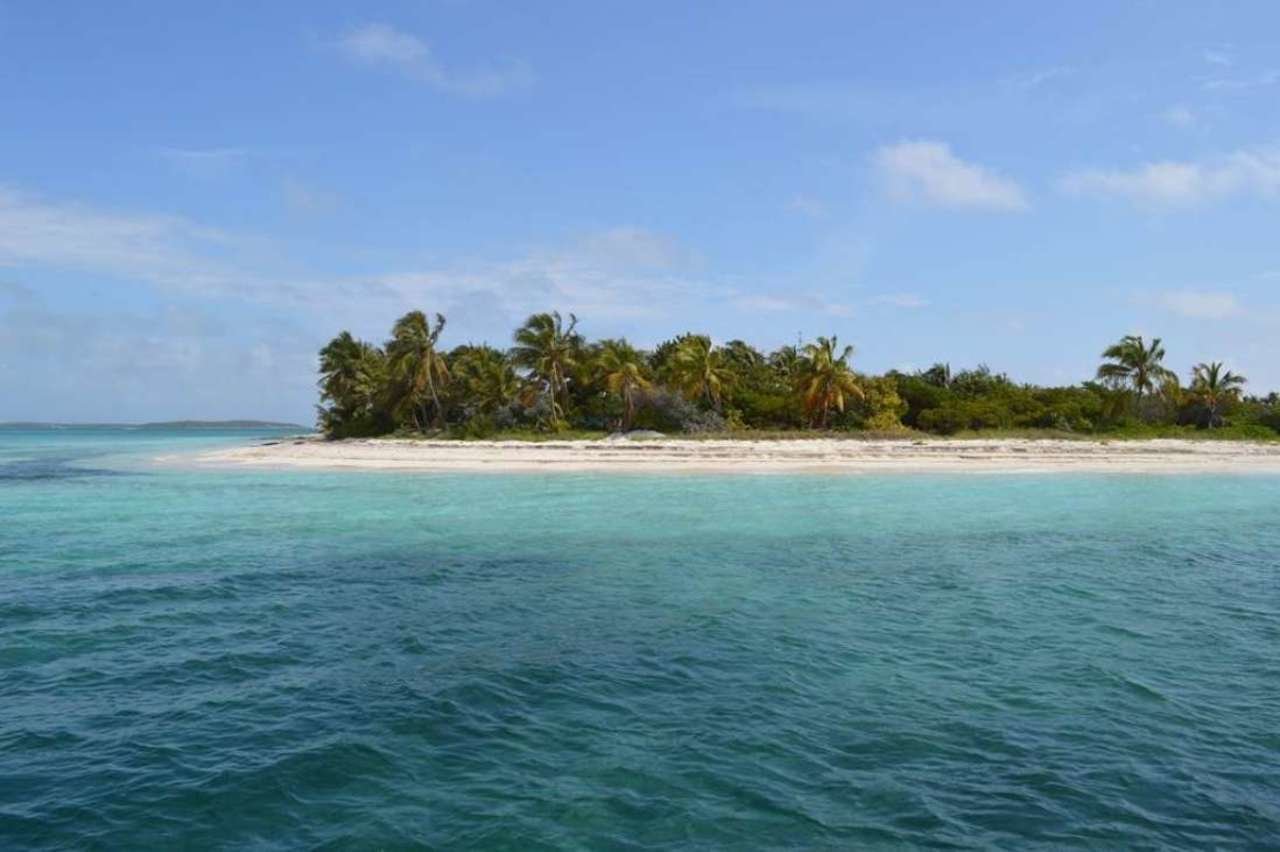 More than 43 acres on two islands, this turn-key property has a 5-acre protected lagoon, protected reefs and white-sand beaches, plus two docks, a fishing camp with seven individual units, common areas and a kitchen and a staff house with a total of three bedrooms and two bathrooms. The utilities are fully in place, with generators and fresh water production facilities. The area is accessible by boat or seaplane, and is 35 miles from Nassau. 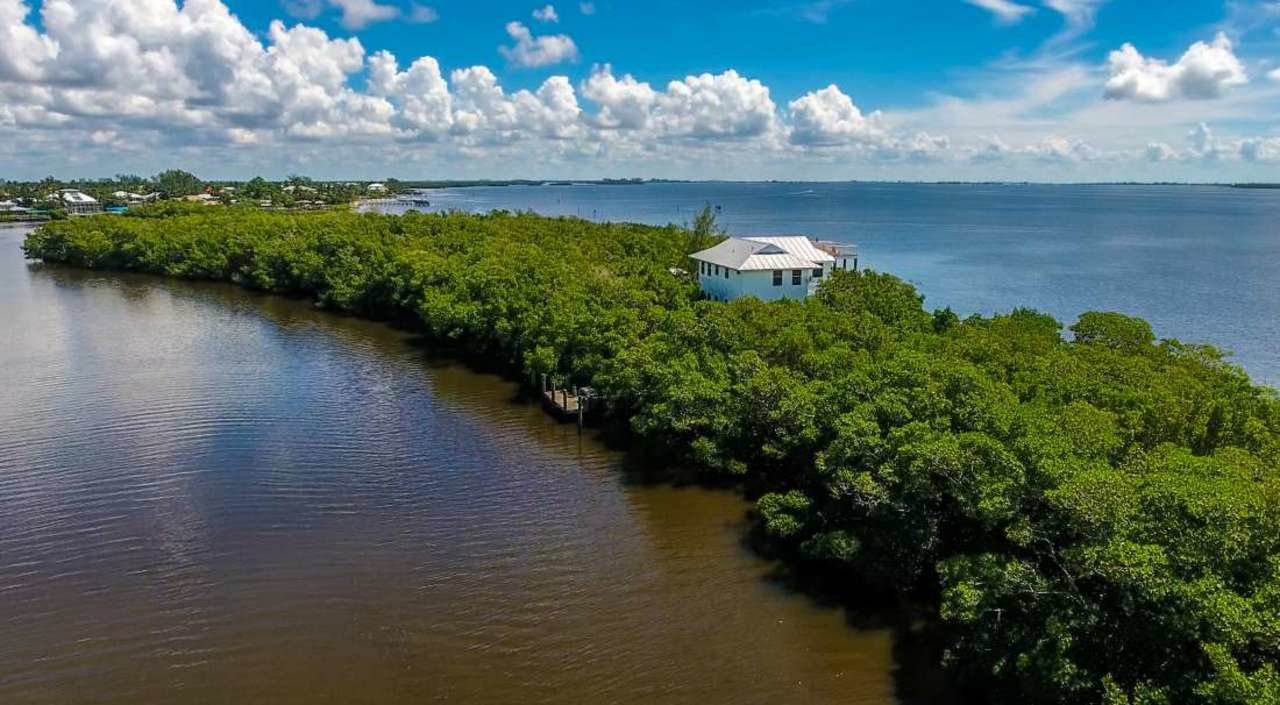 A four-acre island across from Sanibel Island and the Ding Darling National Park, Crescent Island features a “Old Florida”-style home that is just a boat ride away from great fishing, as well as restaurants and other signs of civilization. Or just sit on the dock and watch the dolphins play; it’s your island after all. 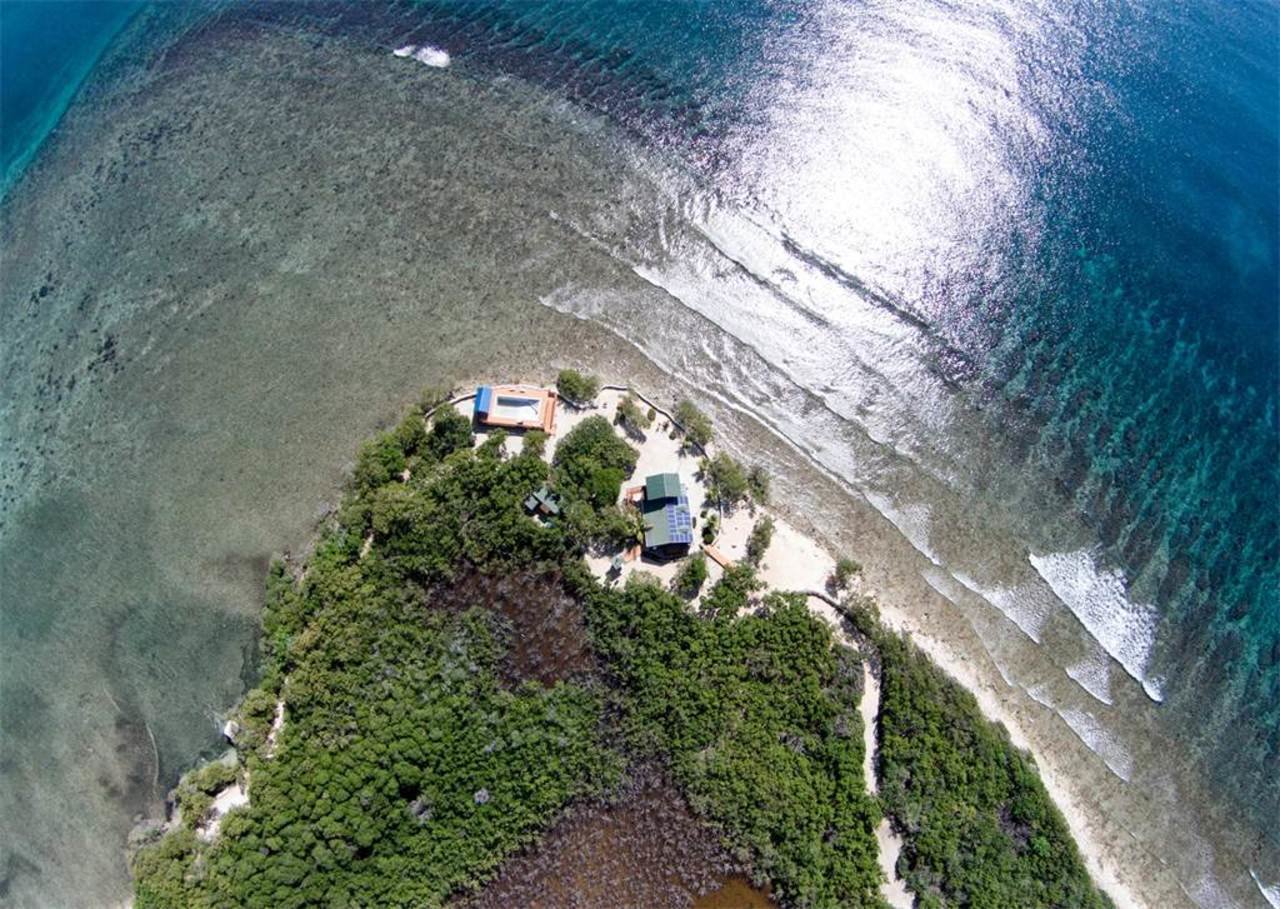 Featuring a three-bedroom, one-bedroom wood cabin on 25 acres, this cay is the only private island off of the southern Salinas coast and just a six-minute boat ride from the mainland. The property is fully outfitted with solar energy and a 300-gallon water cistern, and has a swimming pool, plus an additional outdoor bathroom. Explore the island via dune buggy or on long sunset walks on the beach. 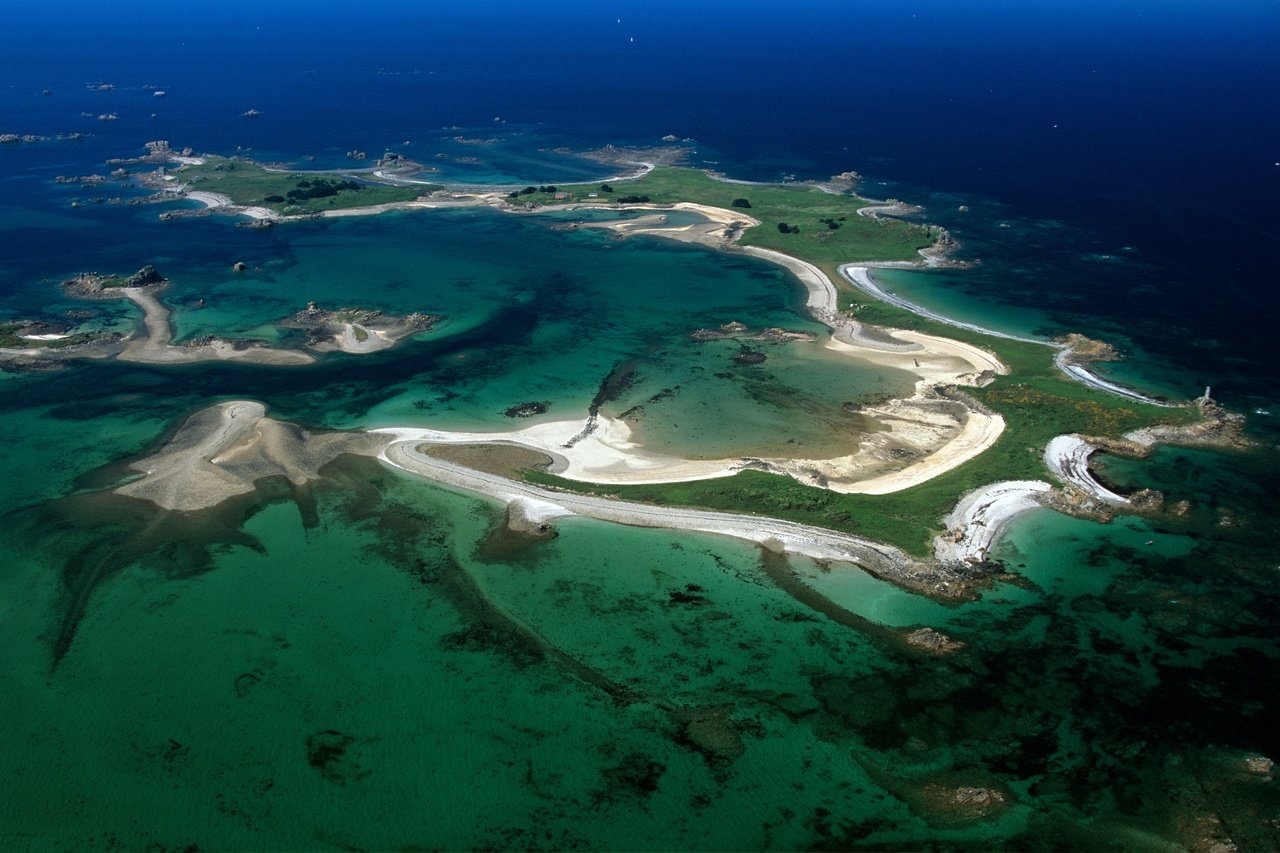 Just off the Côtes d’Armor, this nearly 67-acre island has both sandy beaches and rugged coves, plus fields and moorlands. It has several properties on the island, including a farmhouse, bungalow, barn and even a small fountain, although all are in need of restoration.

discover
Today news
1
There’s Now a Space Mountain Named for Octavia Butler
2
The most luxurious experiences in Monaco
3
Abandoned, ruined and uninhabited: This is the village of Craco, an Italian hillside ghost town
4
All you need is love... and a Beatles Tour in England
5
Angkor Wat: History of Ancient Temple
En esta sección
Comments
The Best Places to Travel in Europe in March
Six incredible adventures that are just for women