Scientists unravel the mystery of the Roman 'gate to hell'

Two thousand years ago, ancient tourists flocked to a Greco-Roman temple in Hierapolis, modern-day Turkey, situated on top of a cave once purported to be the gateway to the underworld.

They watched in awe as animals, from birds to bulls, dropped dead at its entrance. The cave, named the "Plutonium" after Pluto, god of the underworld, was thought to belch the "breath of death," killing all those in its reach, except the divinely immune priests who led the animals to sacrifice.

Roman author and natural historian Pliny the Elder described the phenomenon as the "sewer of Charon" -- the mythical ferryman who rowed souls across the River Styx and Acheron and into the depths of the underworld.

But scientists have now provided an explanation for the mystery, and it's not supernatural. Research published by the journal of Archaeological and Anthropological Sciences in February shows that a fissure in the earth's surface, deep beneath the site, emits carbon dioxide at concentrations so high it can be deadly.

Using a portable gas analyzer, Hardy Pfanz and his team of volcanologists found CO2 at levels ranging from 4-53% at the mouth of the cave, and as high as 91% inside -- more than enough to kill living organisms. 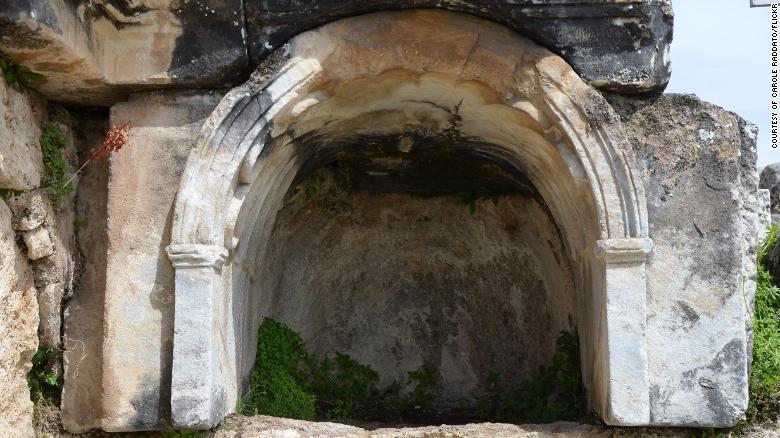 "Problems for mammals (including humans) start way below 5% CO2," Pfanz told CNN. "A longer stay at 7% and more leads to sweating, dizziness, tachycardia (elevated heart rate) etc. A further increase would lead to asphyxiation due to the lack of oxygen and due to acidification of the blood and the body or brain cells."

So it's no wonder the animals that entered the cave came to a swift end. During the research period alone, Pfanz says they found several dead birds, mice and more than 70 dead beetles. 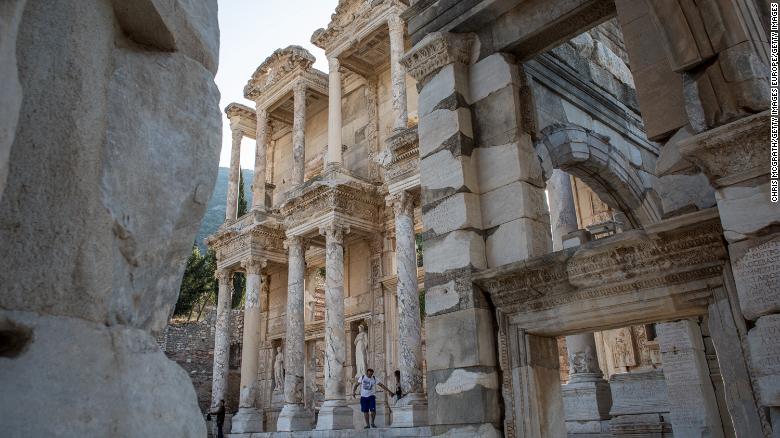 It was no different in ancient times, when people traveled to Hierapolis to see the phenomenon. The city, founded around 190 BC, was famous for the Plutonium as well as its hot springs, which still attract thousands of tourists today. Francesco D'Andria, the Italian archaeologist who rediscovered the site in 2013, says that they found evidence of a theater around the Plutonium that could have been for spectators. 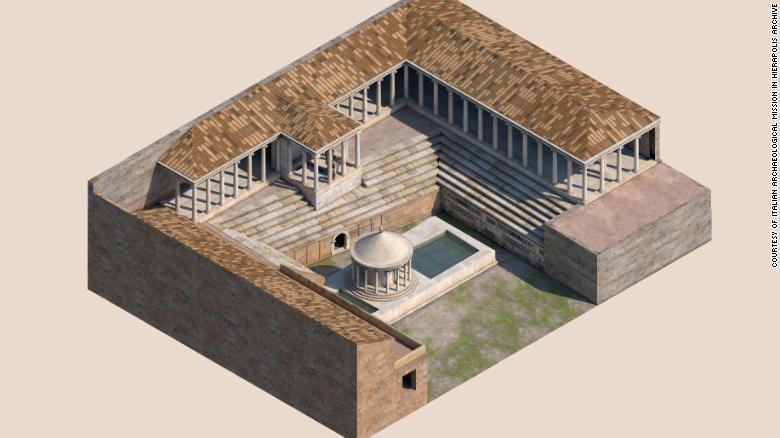 The Greek geographer Strabo, who lived from around 64 BC to 21 AD, described the spectacle: "Any animal that passes inside meets instant death. At any rate, bulls that are led into it fall and are dragged out dead; and I threw in sparrows and they immediately breathed their last and fell," he wrote.

Strabo recognized this reaction was related to the emission of gas -- "the space is full of a vapor so misty and dense that one can scarcely see the ground" -- but he puzzled over how it affected the animals but not the priests, asking whether it was because of their divine providence or simply because they held their breath. 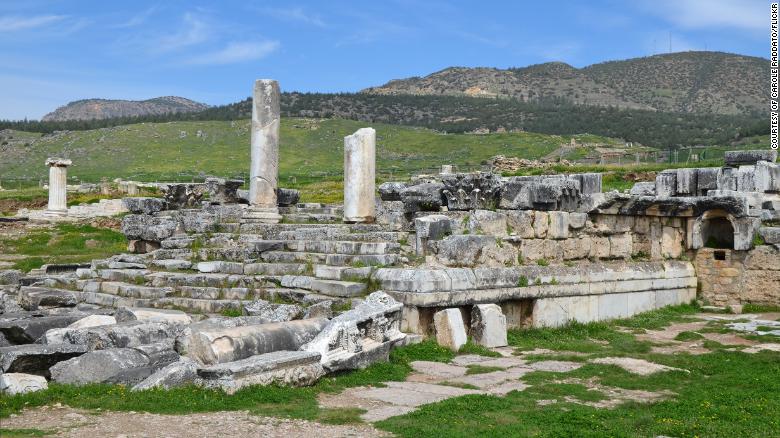 Pfanz's research adds another possibility: the fact that the animals and priests are different heights. CO2 is a heavier than oxygen, therefore it settles lower, forming a toxic gas lake above the ground. "The nostrils of the animals were way in the gas lake," he says, whereas the priests stood taller, above the gas lake.

Pfanz believes the priests were aware of the gas and knew that its concentration fluctuated depending on the time of day. Recent research, which took measurements over a period of time, found that the CO2 level was particularly high at dawn and dusk, as sunlight disperses the gas.

But D'Andria disputes this, citing a number of oil lamps found in front of the grotto. "It was highly probable that many ritual activities were developed during the night," he says.

Rome cientist gate-to-hell
Today news
1
There’s Now a Space Mountain Named for Octavia Butler
2
The most luxurious experiences in Monaco
3
Abandoned, ruined and uninhabited: This is the village of Craco, an Italian hillside ghost town
4
All you need is love... and a Beatles Tour in England
5
Angkor Wat: History of Ancient Temple
En esta sección
Comments
Six incredible adventures that are just for women
If you want to paint like Monet, you need to travel