Griffith Park spreads over 4,300 acres, which gives Mia and Sebastian plenty of room to bust out the showstopper “A Lovely Night.” The dance was recorded (in one take!) at a spot in the park called “Cathy's Corner,” just off Mt. Hollywood Drive. 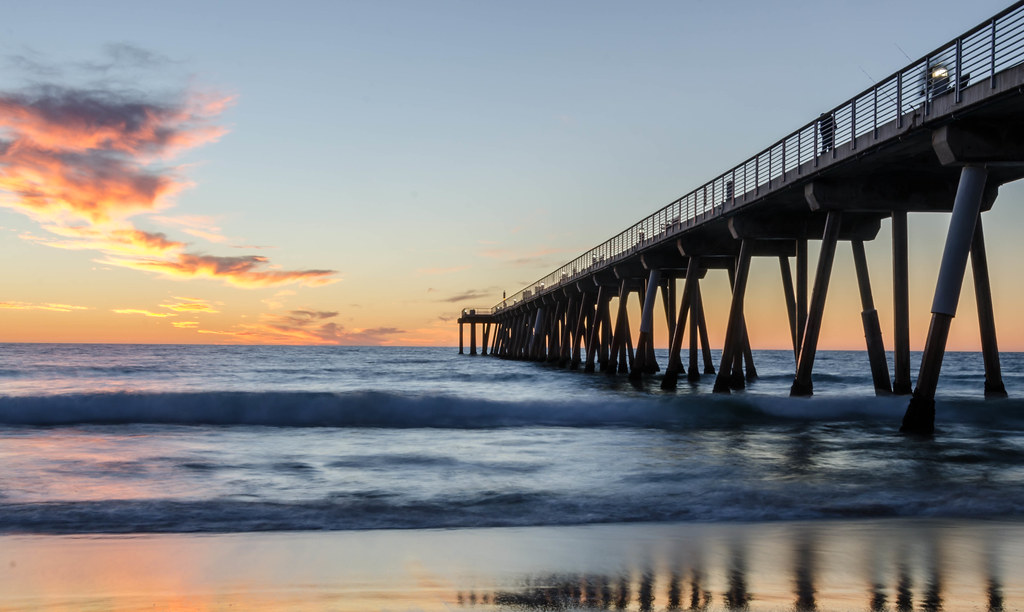 No visit to Los Angeles is complete without taking in the Pacific Ocean. Before visiting, learn all of Sebastian’s moves to “City of Stars” and then waltz up and down the pier while singing on your own.

Since 1949, the Hermosa Beach jazz club has hosted famous figures. Miles Davis, Chet Baker, Art Blakey and Cannonball Adderley all performed at the club in their time. Sebastian frequents the club and it’s the first place he takes Mia when she says she doesn’t like jazz.

Nothing has ever made audiences wish they were stuck in traffic quite like “La La Land”’s opening scene. Film crew shut down the ramp where Interstate 105 connects to Interstate 110 for two days to shoot the impeccably-choreographed and colorful first scene.

Few L.A. addresses announce the arrival of a new star as clearly as the Chateau Marmont. Whether you swing by the Bar Marmont for a drink or book a room for a stay in Hollywood, take a tip from Mia when you’ve decided that it’s your moment to shine.

The bridge that spreads over Pasadena was the world’s highest concrete bridge when it was completed in 1913. Today it offers visitors fantastic views of the city, best enjoyed at sunset. 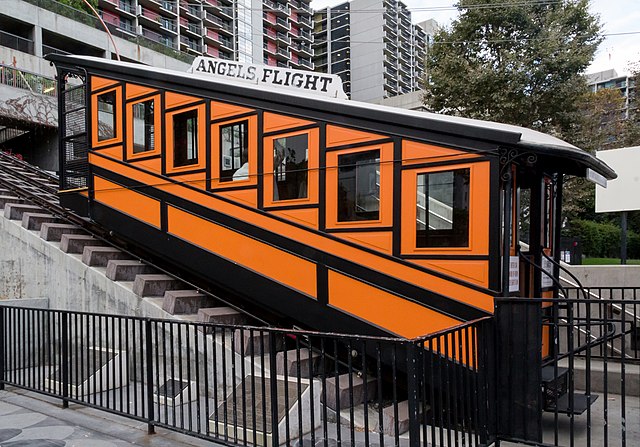 Although the funicular has been closed since 2013 due to a derailment, filmmakers got permission to use it for one day of shooting. The railway dates back to 1901 and many are actively working to bring it back into public use.

Although the market only makes a brief appearance as the location for one of Mia and Sebastian’s first dates (they stop by Sarita's Pupuseria for Salvadorean food), it has quickly become a Los Angeles staple. The open-air market features stalls with plenty of Mexican and Chinese options, alongside trendier options like Eggslut.

While touring Los Angeles, Mia and Sebastian stop at Watts Tower, a gigantic metal sculpture which took one Italian immigrant 33 years to build (1921 to 1954). Today the tower hosts events like the Day of the Drum Festival and the Simon Rodia Watts Towers Jazz Festival

The SmokeHouse restaurant goes by the name Lipton’s in the film, where Sebastian has a gig playing holiday tunes. The restaurant is located right across the street from Warner Bros. and has thus been a Hollywood favorite since it opened in 1946.

Every celebrity has those funny list of jobs they worked before they made it big. For Mia, it was a coffee shop on the Waner Bros. Lot. Although the filming location was not a real coffee shop, visitors can take a tour of the lot and get behind the scenes of their favorite Hollywood fantasies.

Mia and Sebastian head to the opulent theatre for a screening of another classic LA film, Rebel Without a Cause. It was built in 1925 and gained a spot on the National Register of Historic Places for its elaborate and eclectic architectural features. Unfortunately the Rialto closed in 2007 and now only opens for special occasions.

america los-angeles la-la-land
Today news
1
There’s Now a Space Mountain Named for Octavia Butler
2
The most luxurious experiences in Monaco
3
Abandoned, ruined and uninhabited: This is the village of Craco, an Italian hillside ghost town
4
All you need is love... and a Beatles Tour in England
5
Angkor Wat: History of Ancient Temple
En esta sección
Comments
Jazz, blues, funk and bounce: the top music clubs where enjoy New Orleans rymth
Tabasco island: Is this the hottest place in the world?