10 Archaeological Mysteries of the United States

09/03/18
10 Archaeological Mysteries of the United States

A centuries-old stone wall, stretching for miles;  enormous pictures scratched into the ground of a desert; rocks arranged in a circle. You know what these landmarks are, right?

Guess again. Instead of the Great Wall of China or Stonehenge, these are all ancient American ruins and landmarks. The United States is a relative newcomer to the world stage, but there have been people long living on this continent, and they’ve left traces of their presence just as mysterious as those found in other countries. 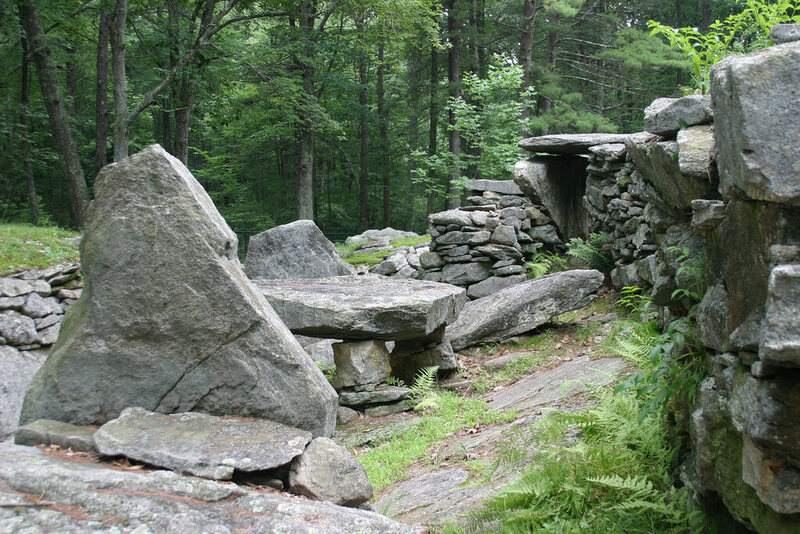 Although locals sometimes call this “America’s Stonehenge,” Mystery Hill bears little resemblance to the English megalith. Instead, it’s a complex of stone structures and artificial caves, most likely only as old as the 17th century. However, exact dating may never be possible, as the ruins suffered from tampering at the hands of a 1930s landowner who was convinced the structures were the remains of a 7th-century Irish monastic colony. So convinced, in fact, that if parts of the site didn’t match his theory, he’d “fix” them.

The site’s “mysterious” reputation has made it a popular tourist attraction for decades, and it’s even earned some pop culture fame—H.P. Lovecraft reportedly visited the site for inspiration, and The X-Files set one episode nearby. 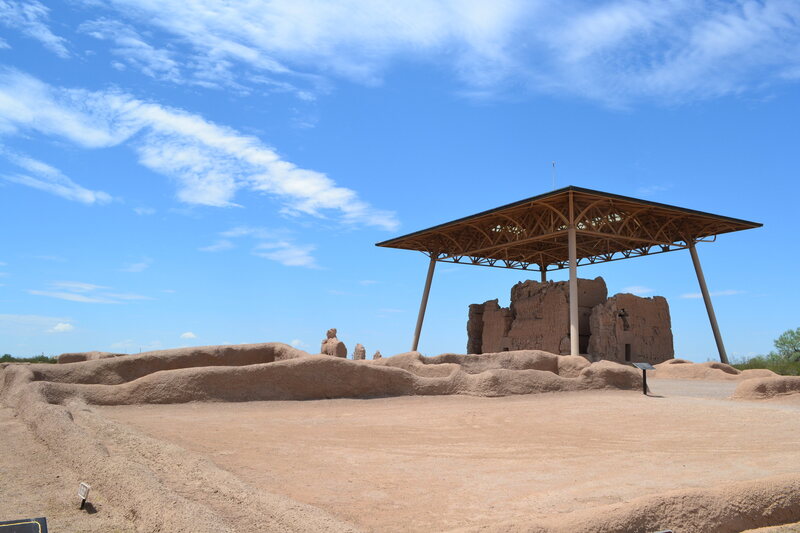 Archaeologists understand some things about Casa Grande in Arizona. They know that it was probably constructed in the early 13th century, that the builders used adobe, and that the full complex included several other adobe structures and a ball court, and was once surrounded by a wall.

What they don’t know is what the four-story central building was for: a guard tower, a grain silo, a house of worship, or something else. The site was abandoned nearly half a century before Columbus’s voyage to the Americas, long after the nearby Hopi had moved away, and was too ruined for early Spanish explorers to do their own investigating into what it was.

Today the main building is under a protective roof built by Civil Conservation Corps workers in the 1930s, and the full ruins are a federally protected national park—the first prehistoric ruins to become such a park in the United States. 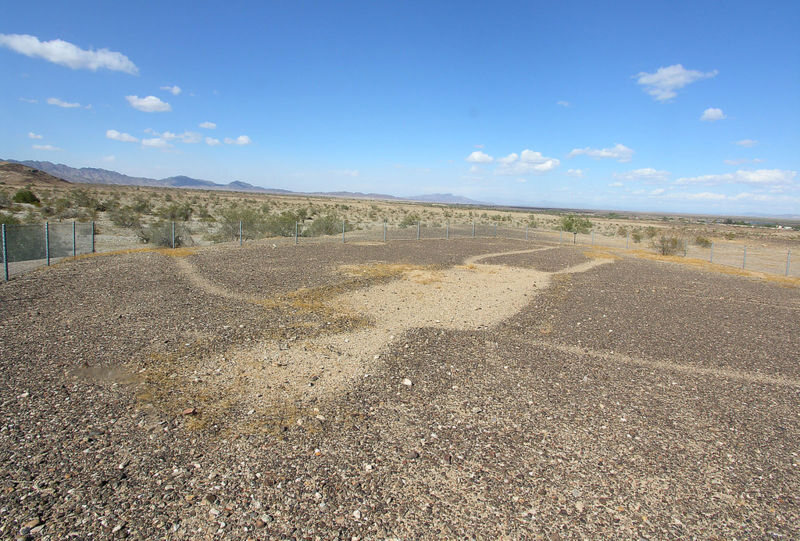 One of the Blythe Intaglios, prehistoric Geoglyphs in the Mojave Desert, near Blythe, California. RON’S LOG/CC BY-SA 3.0.

Several landmarks compete for the title of “America’s Stonehenge,” but it’s clear that the Blythe Intaglios are “America’s Nazca Lines.” Much like their Peruvian cousins, the Blythe Intaglios are a set of geoglyphs depicting giant human figures etched into the California desert sometime between 450 and 2,000 years ago. The figures are so big—the largest is over 170 feet long—that they escaped the notice of California settlers, and remained undisturbed until the 1930s when a pilot bound for Nevada spotted them from the air.

Researchers believe the local Mojave people were the likely creators of the site. However, as with the Nazca Lines, they can’t explain how the Mojave would have seen them from their intended aerial view, or what purpose they served. 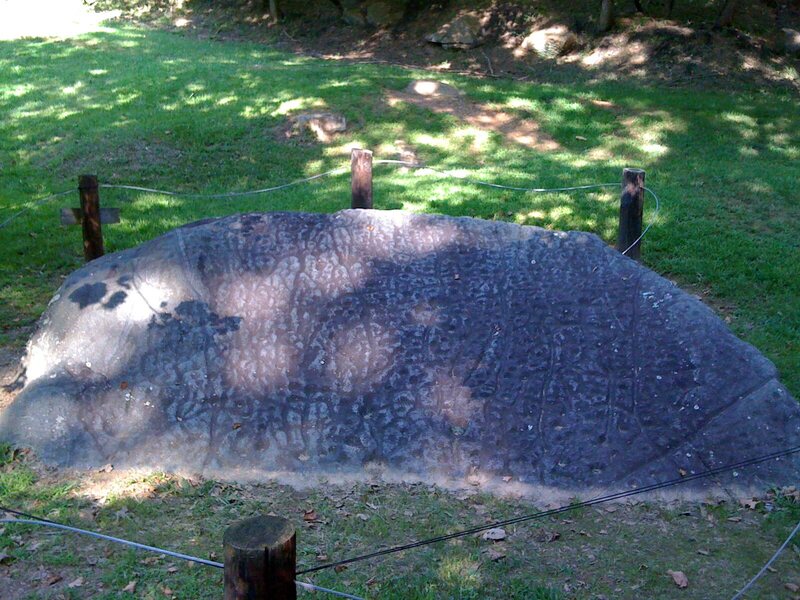 For years, the Cherokee people who lived near the soapstone boulder now known as Judaculla Rock used it as a sort of billboard, etching so many petroglyph designs into the North Carolina stone that even today it’s difficult to tell exactly how many there are. The boulder also sports seven grooves, the mythical footprints of a legendary giant, which contemporary archaeologists attribute to ancient masons mining the soapstone to make bowls.

Research has been slow; soapstone is naturally fragile, and the Cherokee also still see the rock as a sacred artifact. But the Cherokee are working with visitors and researchers to give them access while still preserving the stone. 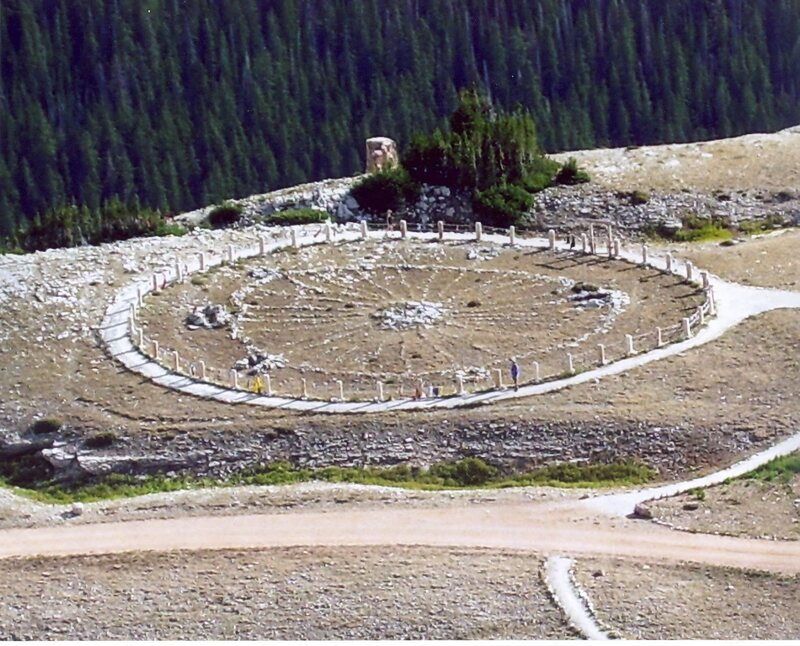 There are several “medicine wheel” monuments scattered around North America, with stones arranged in a wheel shape—a structure sacred to several tribes across the northern Great Plains. But at 75 feet in diameter, Wyoming’s Bighorn Medicine Wheelis the biggest. Surprisingly, it also pre-dates the time when the neighboring Crow people first lived in the area.

In the 1970s, Astronomer John Eddy also noticed that some of the wheel’s spokes pinpoint the direction of the sunrise on different solstices, and other spokes mark the rising point of other stars, suggesting the site may have once been an observatory. It’s still a mystery, though, who first built the wheel. 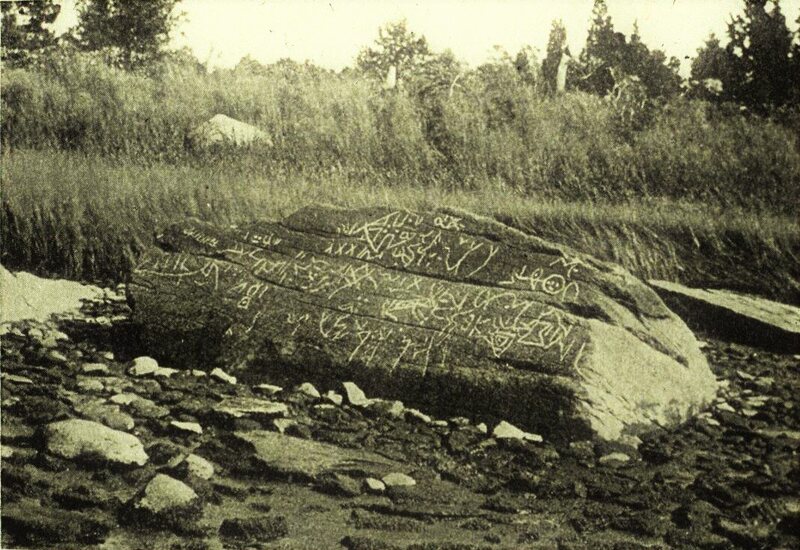 Photograph of the Dighton Rock in 1893. PUBLIC DOMAIN.

Like the Judaculla Rock, this is another petroglyph-clad boulder, yet no one knows who made carved it. Most scholars credit Massachusetts’ Dighton Rock to the local pre-Columbian tribes, and one of the petroglyphs does resemble a mark on a similar rock in Vermont. Other theories credit Vikings, Portuguese sailors, and even Phoenicians.

The rock itself is now housed in a museum inside Dighton Rock State Park, complete with exhibits making the case for each theory. 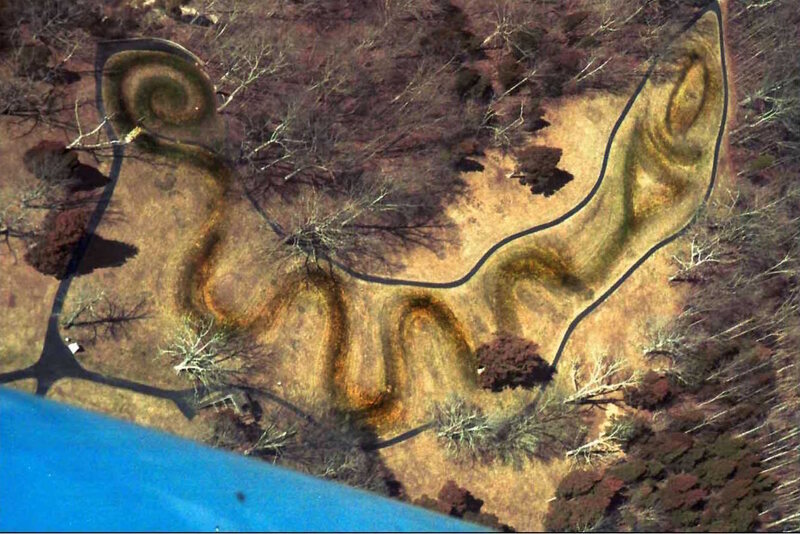 Aerial view of the The Great Serpent Mound, one of the most important prehistoric effigy mound of Adema Culture. TIMOTHY A. PRICE AND NICHOLE I./CC BY 2.5.

This 1,300-foot earthwork shaped like an undulating snake swallowing an egg was first spotted by European settlers in 1812, and left undisturbed until the Smithsonian sent two surveyors out to map the site in the 1840s. The Great Serpent Mound has been the subject of study ever since. But while scholars agree it was built by pre-Columbian peoples, they disagree on who and when.

They also can’t decide on on the mound’s purpose, with some claiming it was a vast tomb, and others suggesting it had an astronomical purpose. One of many old stone walls found around the southern and eastern San Francisco Bay in California.ELF/CC BY-SA 4.0.

Also known as the East Bay Walls, the Berkeley Mystery Walls are a series of stone walls running in a rough path through the Bay Area of California, from Berkeley to San Jose. Their purpose is unknown; they’re too low to be a defensive wall, there are gaps in the structures, and at one point they form ornamental spiral patterns. It’s also unclear who made them. Early Spanish settlers found them already standing, and the local Ohlone people reported they’d always seen them there, too.

Whenever they were built, it was long enough ago for sections of the stones to have sunk into the earth. A 1904 archaeologist suggested they were built by Mongolian sailors who’d come to the California coast well before the time of Columbus, but his theory seems to have been based more on wishful thinking than scholarship.

A recent discovery, the Miami Circle was only unearthed in 1998 when a Florida developer knocked down a 1950s apartment complex, revealing a circular pattern of holes in the limestone bedrock. Further excavation turned up tools similar to those used by the once-local Tequesta people, and radio-carbon testing suggests the site is nearly 3,000 years old.

The State of Florida now owns the plot, which still sits at the water’s edge beside a series of high-rises, to protect it from developers. Archaeologists believe the holes are actually signs of a bit of prehistoric development: post-holes for some kind of permanent shelter. 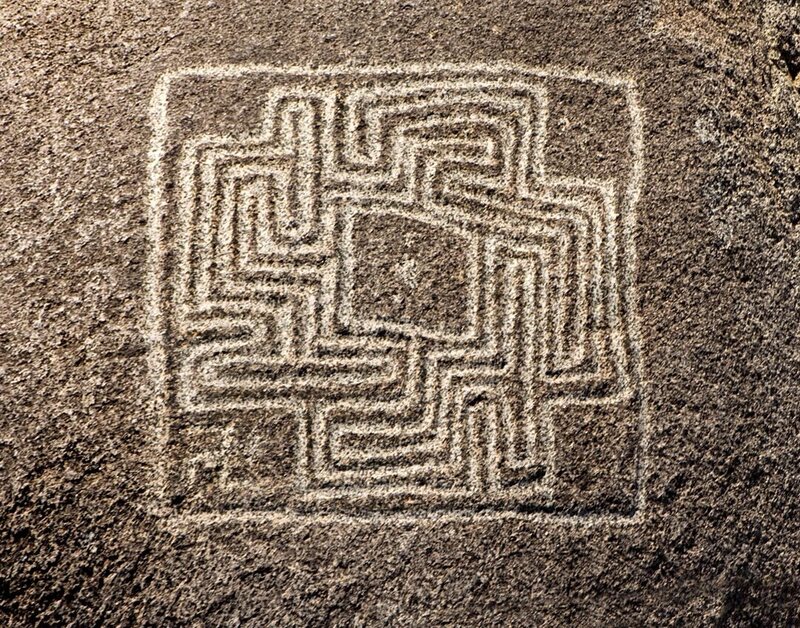 Unlike the other stones in this list, the Hemet Maze stone only has a single carving, but an intriguing one: a three-foot square with an intricate interlocking maze pattern. Archaeologists have only found a handful of other instances of this particular design used in North American rock art, all of them in California, and have no idea about their origin, meaning, or significance.

The swastika-like pattern is more common in Hindu and Buddhist art than on this continent. Unfortunately, the pattern inspired a vandal to add his or her own swastika to the design sometime in the 20th century, and the rock is now only visible from behind a chain link fence.

america united-states archaelogical-mysteries
Today news
1
There’s Now a Space Mountain Named for Octavia Butler
2
The most luxurious experiences in Monaco
3
Abandoned, ruined and uninhabited: This is the village of Craco, an Italian hillside ghost town
4
All you need is love... and a Beatles Tour in England
5
Angkor Wat: History of Ancient Temple
En esta sección
Comments
How to enjoy astronomic tourism in the Atacama Desert
The most beautiful towns in Colombia